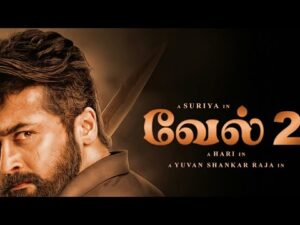 VEL.2 is a Director Hari once again teamed up with composer Yuvan Shankar Raja for the musical score of Vel after having worked together in Thaamirabharani. The soundtrack of Vel was released on 13 October 2007 and features 6 songs. Lyrics were written by Na.