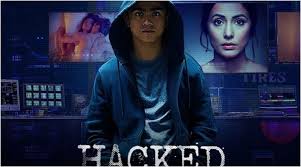 Hacked is a who troubles girls by hacking their phones and laptop computers. Because of his hacking, Sameera even loses her job. Sameera and Rohan decide to teach Vivek a lesson but Sameera ends up murdering Vivek. However, Vivek’s hacking action saves Sameera from the clutches of law. How this happens is shown in the