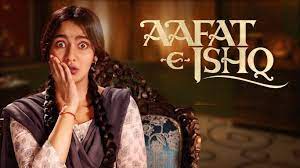 Aafat-e-Ishq is a 30, she wants to find true love – the kind that exists in fables and fairytales and her favourite novel Kagaz ki Kashti. While she does have friends like Suhaani who lives downstairs and Aatmaram, the friendly ghost of a singing sensation who has been her companion for 10 years, Lallo now wants to go out to the outside world and find her suitor. She manages to convince her employer Bahuji to let her leave the house for some time, hoping to find her match in a fast-food joint – after all it happened to the girl in her favourite novel. But she is disappointed when she finds